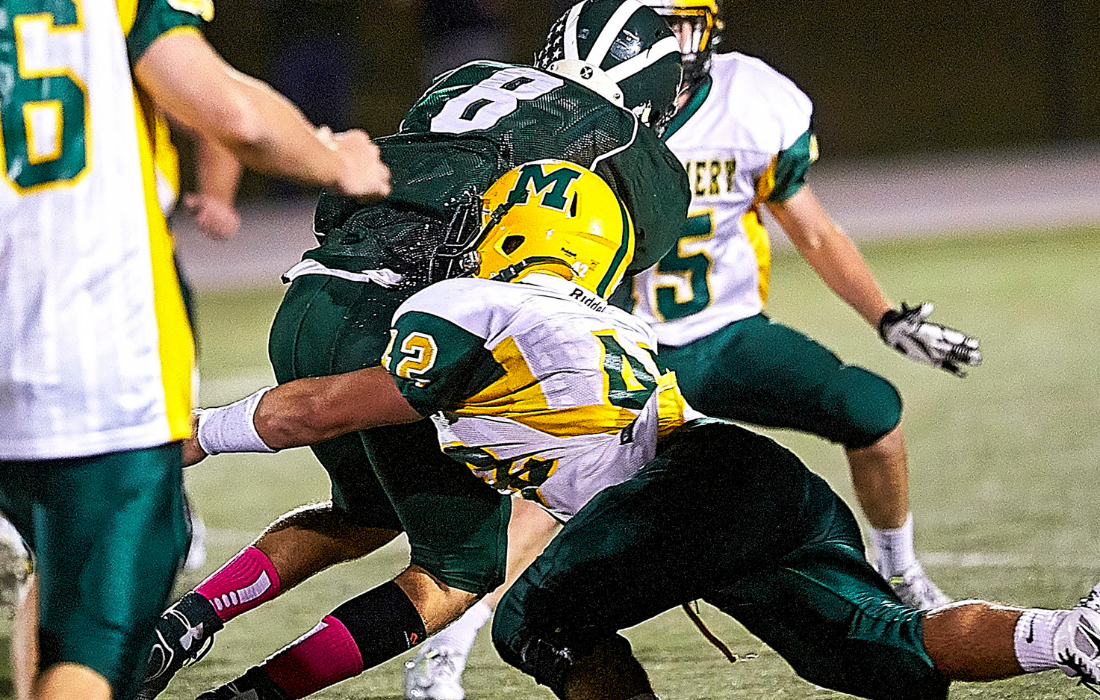 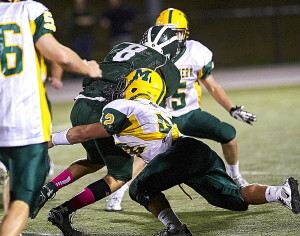 Jake Bobal keenly remembers a pivotal high school football game during his junior year. It was the third quarter in a regular season game against Somerville. The Montgomery High School middle linebacker planted his foot during a tackle. He continued to fall, but his leg stayed rooted to the ground. “I first heard the pop, and I was helped up, took one wobbly step and my whole leg collapsed. I realized it was not good.”

Bobal, a successful multi-sport athlete, never suffered a serious sports injury before. Playing football since the second grade, and wrestling since the first grade, he recalled, “I was pretty upset, to say the least.”

Dr. Charles Gatt, the team physician for Montgomery High School since 2010, was on the sidelines during that game. He suspected Bobal tore his ACL, which was confirmed several days later with an MRI and an office appointment with Gatt, at University Orthopaedic Associates in Somerset, NJ.

“Unfortunately, this is not an uncommon story,” relates Dr. Gatt. “I examined Jake at the time and I knew he had a torn ACL and likely MCL. He was a very good football player and wrestler, but with this injury, he knew both seasons were over. After the diagnosis of ACL tear was confirmed, we decided to do surgery as soon as possible to get him ready for senior year football and wrestling. That was the main goal.”

Bobal had the surgery December 18, 2014, six days after his 17th birthday. (He made sure to take his driver’s license test before the surgery!) Dr. Gatt took a graft from his hamstrings to create a new ACL. While it is also possible to use a patellar tendon (partially located in the kneecap), Dr. Gatt explains: “He’s a wrestler which entails kneeling. We felt using the hamstring would minimize the risk of kneeling pain on the knee. Each person is different, but using either location to harvest a tendon works really well.”

Bobal was very happy with Dr. Gatt’s care. “All the information he gave me was very clear. He didn’t hold back on what he told me. He told me it would be tough. Yet with his positive attitude, he also helped me with my confidence.”

Two days after surgery, Bobal started rehab. It took him about three weeks to be able to bend his knee, and three months to fully extend his leg. Two months after surgery he could walk without crutches; four months later he could lightly jog; and by five-and-a-half months, he could sprint.

Physical therapy lasted until early June, after which Bobal played the preseason and entire football season with a light brace. “I remember my first game back. I was more nervous than normal. In the back of my mind was what could happen. I tried not to think about it.“

In the end, however, Bobal came out fine. “As stats go, it was actually my best of the two seasons I played football.” The team went 7-2 and made the first round of playoffs for public schools Group 5. In addition, he successfully wrestled his senior season, entirely free of injury.

Dr. Gatt explains about patients like Bobal. “They recover well, because they’re young and healthy. On the other hand, because they are young and active, they go back to the same activity. Thus they have a 25% greater risk of reinjuring the hurt knee and the other knee as well.” However, he still encourages athletes to return to activity with an emphasis on stringent preventative measures.

While Bobal’s was a contact injury, Dr. Gatt says the majority of these ACL tears occur from non-contact, such as with a sudden pivot, cut or change in direction during physical activity. Also, the injury also occurs three to five times more frequently in females than males.

“The best part about the progress that’s been made over the years with ACL tears, such as surgical techniques and rehabilitation, is that this was once an injury most athletes considered a devastating career-ender. But truthfully, I tell them they can play sports again,” says Dr. Gatt.

Even though surgical treatment has greatly improved, Dr. Gatt says he encourages high school athletes to participate in ACL prevention programs since data shows they can decrease ACL tears. “That’s an important point to drive home,” he emphasizes.

Jake Bobal believes he recovered well. “I pushed myself to get through what I originally thought was never possible.”